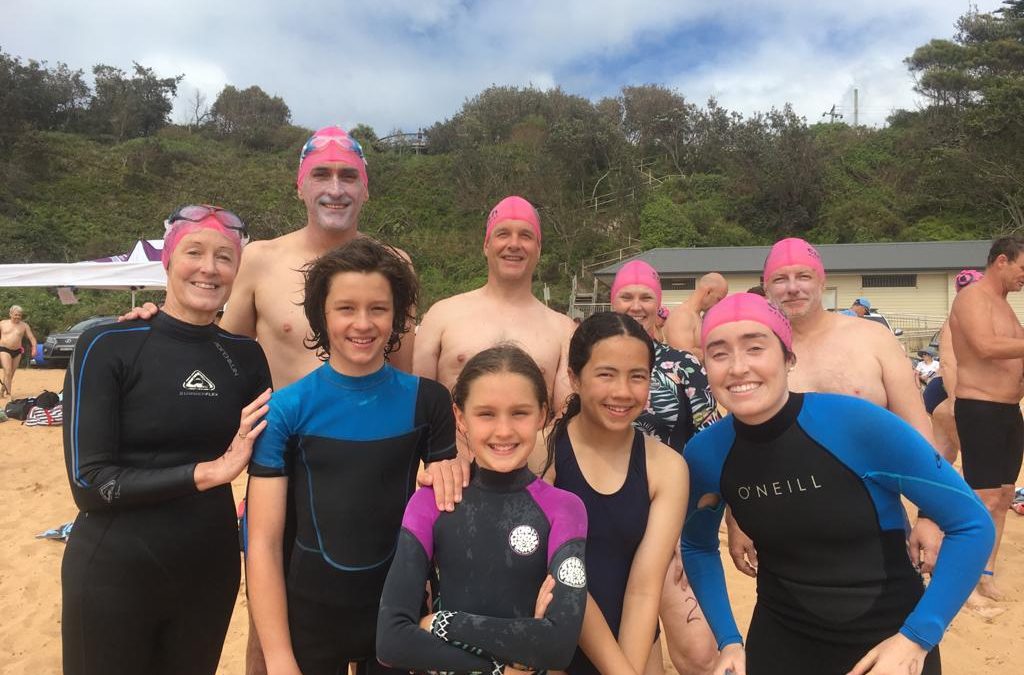 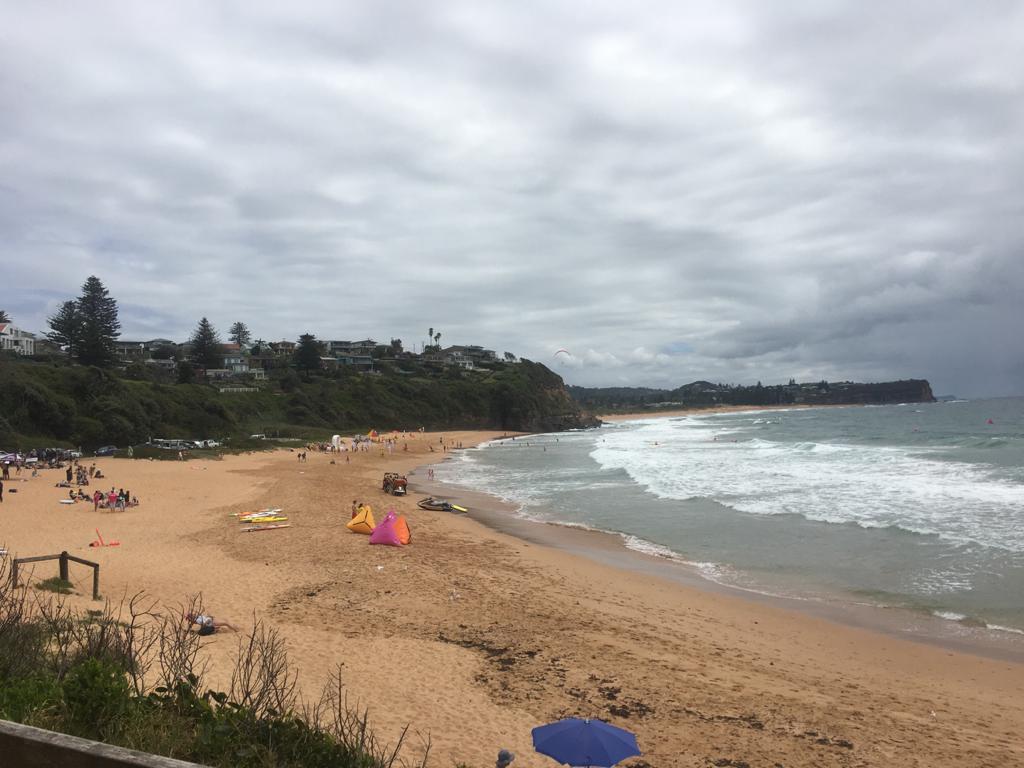 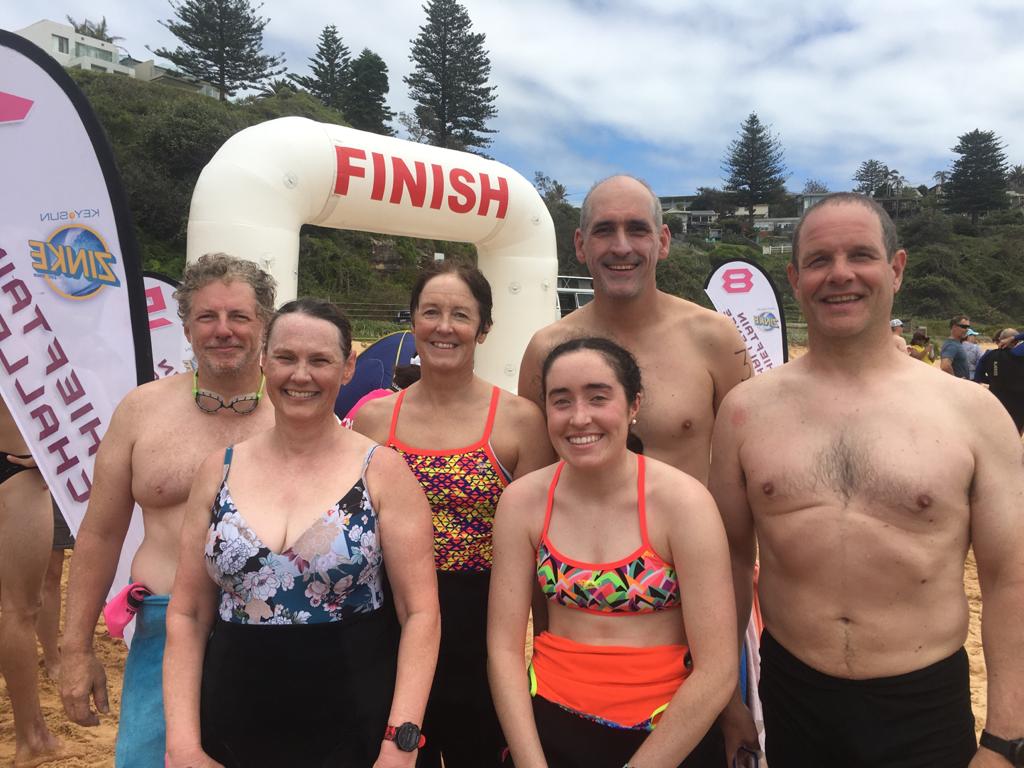 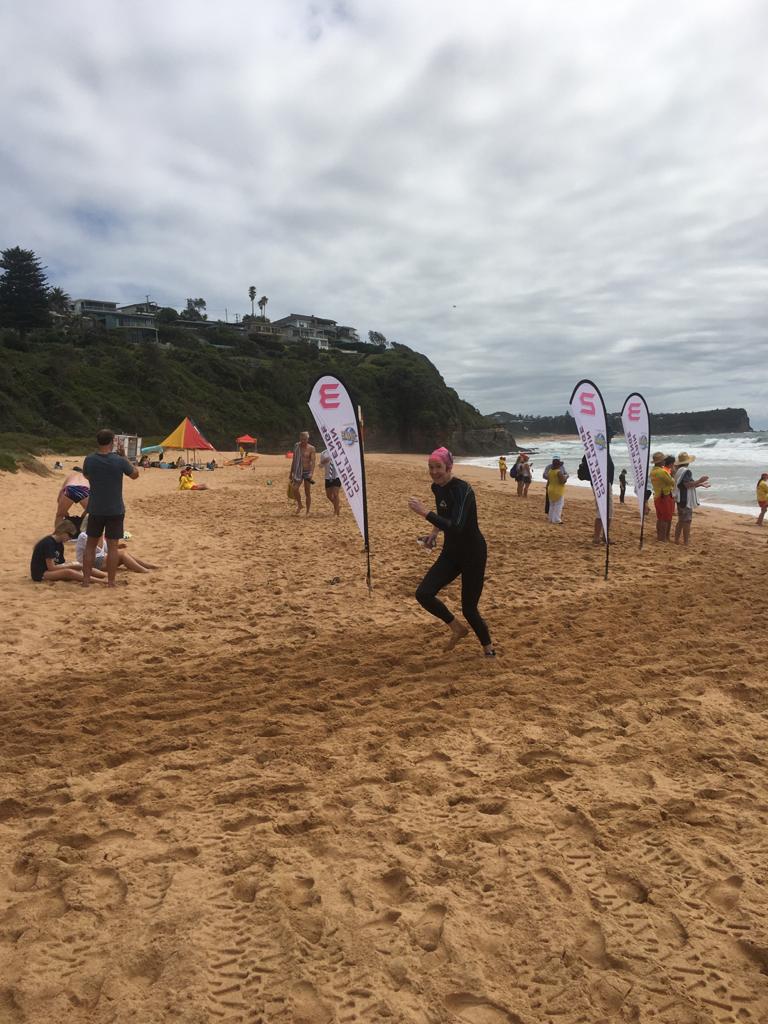 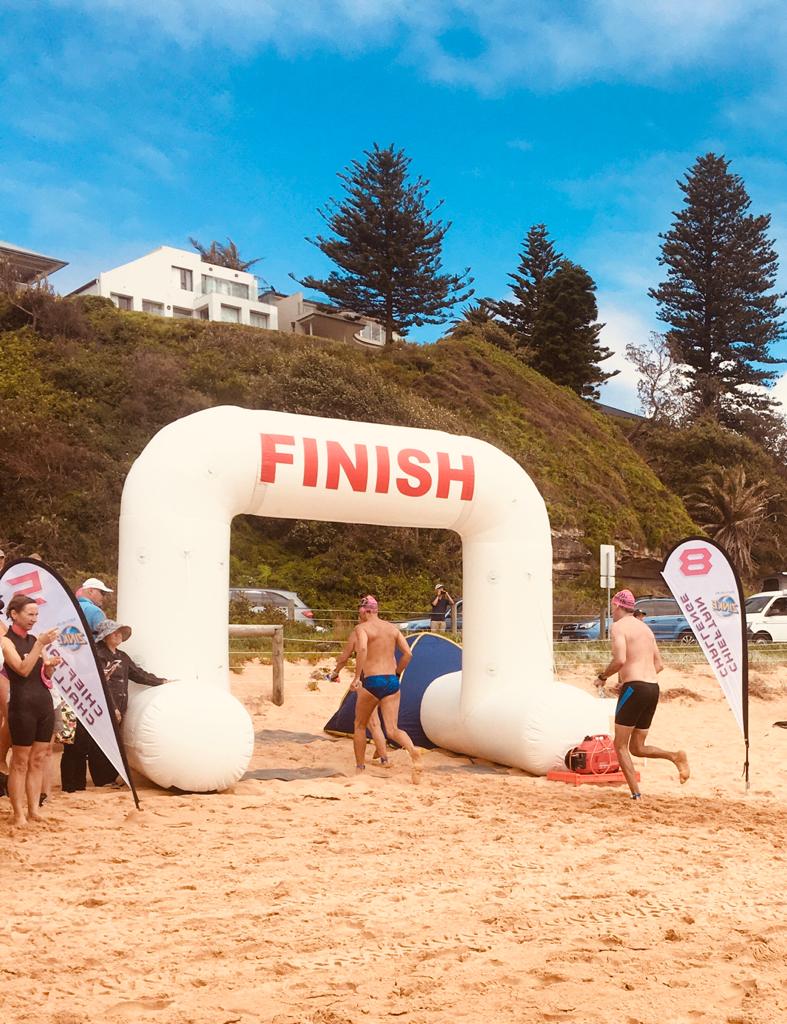 On Sunday 13 December 2020 the Sea Monkeys split to partake in two separate swims, the Chieftan’s Challenge ocean swim at Warriewood Beach and the Manly to Shelly 1.5km swim.  It was a good challenge for those that took part in the 2.2km Chieftain’s Challenge. Unfortunately, the planned route from Turimetta to Warriewood was changed for safety reasons and the swim route looped north anti-clockwise towards Mona Vale.

Despite the tricky surf conditions, the water temperature was perfect and views back to shore were incredible.

The choppiness of the sea added to the challenge of seeing where the buoys were. It felt lie we were swimming up and down a hill, but most Monkeys swam directly keeping markers on the cliffs and beach. The swimmers finished tired with smiles on their faces cheered by supporting Monkeys. Well-deserved coffee and bacon were on the cards for those that were able to lingered a little longer.  Well done to Barbara, Kim, Rhona, Chris, Gav and Andre. Thanks for the support from Sea Monkeys and club members.

Want to join in the Sea Monkeys action?

The Sea Monkeys run swim, beach and paddling sessions across the week, Come on your own, or with your family, you just need to be a Long Reef SLSC member to join in the fun.