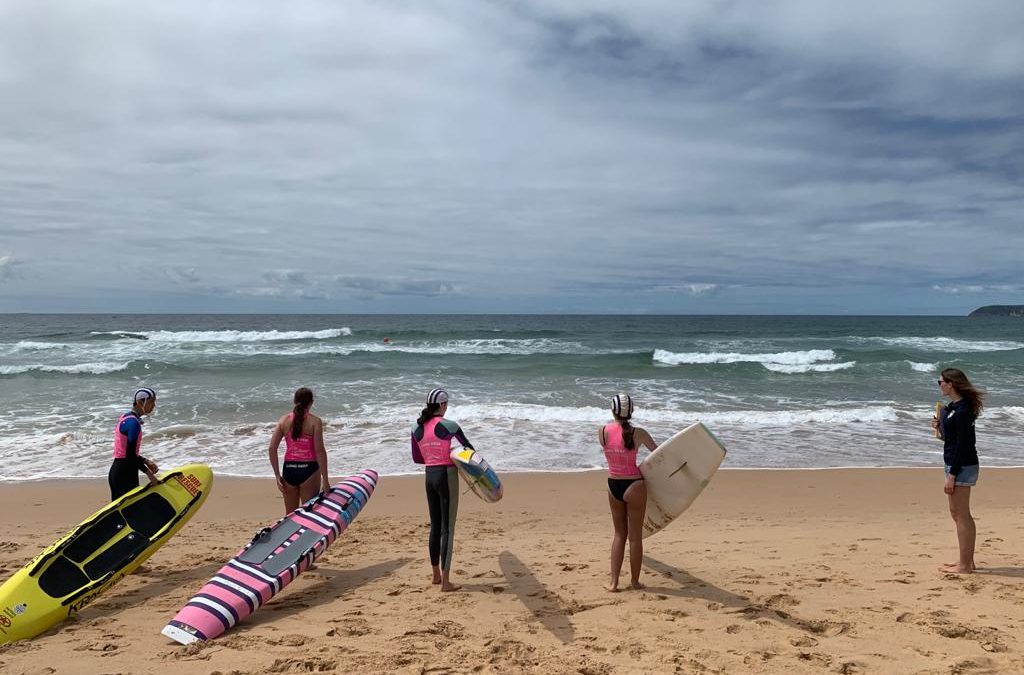 “Club Champs is officially underway, with the first round taking place last Sunday. Despite cloudy skies and choppy surf, a very competitive group of Longy members came together for a morning of fun and community!”

The day consisted of seven main events – run, sprints, swim, boards, flags, and both the individual and team ironman. Competitors started off with a run to the DY-Longy pole and back, with a couple of sprint finishes to keep them on their toes. This was followed by the ironman – a difficult event consisting of a run, followed by a swim, then a board paddle and finishing with another run – then flags and sprints. There were also a few fun volleyball games in between events!

The highlight of the day was the relay ironman, which saw teams form between competitors in different age groups. The event followed the same format as the individual ironman, but was much more fun as our members got a bonus chance to earn extra points! In the end, Team 3 (a.k.a Team Legends) consisting of Aaron Smith (Nipper Male), Stu Munday (Masters Male) and Mark Smith (Masters Male) came out on top, earning 10 points each for their individual point scores! Other memorable moments included laughing at the Masters athletes when they nose-dived off of their boards and watching as the buoy came closer and closer to shore as it got smashed by the surf! (Thank you to Matt Sweeting and James Burney for repositioning the buoy several times throughout the day!)

There are a number of young guns to watch out for, including Harriet Sweeting, Aaron Smith and Ella Sweeting.

After the first round, our overall Club Champion is Fynn Brown (Cadet Male), smashing the competition on 62 points! Chasing him are Masters competitors Mark Smith and Stu Munday, on 51 and 50 points respectively. As they look to maintain their lead, there are also a number of others to look out for in upcoming rounds, including Cadet Female Harriet Sweeting, Nippers Male Aaron Smith and Open Female Ella Sweeting.

If you want to have a go at becoming the next Longy Club Champion, there’s still plenty of time to get points! Round 2 will take place on January 30th 2021, where there will be even more fun events to get involved in. We hope to see you at the beach then!

Any questions? Contact our competition co-captains Kenzie and Char at competition.captain@longreef.com