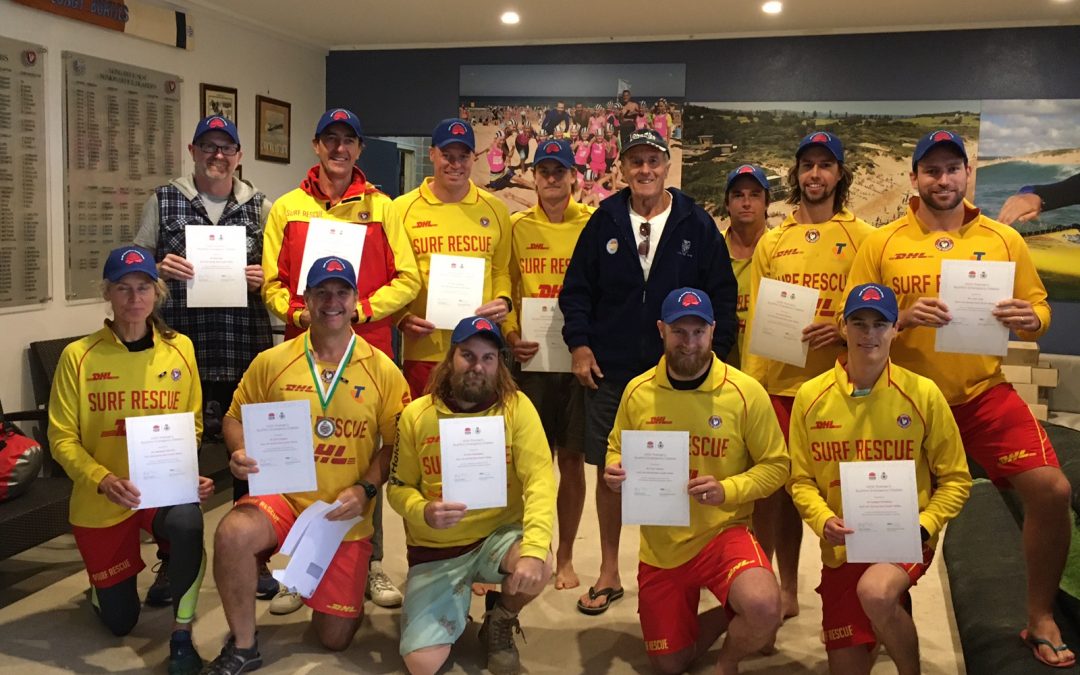 “It was with the greatest pleasure that I had the honour to present a number of our fellow members with the NSW Premier’s Bushfire Emergency Citation”, said Peter Kinsey, President

On the morning of Sunday 25th October, on behalf of the NSW Premier. President Pete awarded the following club members with the NSW Premier’s Bushfire Emergency Citation for their work in assisting with the bushfire emergency in Bermagui on the South Coast of NSW. While some recipients were not present to receive the certificate directly from Peter on Sunday 25th October, Peter expresses his thanks and gratitude for their selfless work to bring Bergamui residents to safety.

The day of the presentation could not have been more removed from the conditions which took place early this year which necessitated our members doing what they did. The day of presentation was raining with a very strong southerly bluster. “On behalf of myself and I am sure I speak for all of you, I thank each of you the recipients for your efforts.” President Pete says.

The NSW Premier’s Bushfire Emergency Citation has been awarded to the following 17 Long Reef SLSC club members as recognition of their efforts in supporting the emergency evacuation at Bermagui on 30 December 2019.

After completing the second day of George Bass Surfboat Marathon, a seven-day marathon event from 29 December 2019 to 4th January 2020, which covers 190km of coastline from Batemans Bay to Eden, the event was cancelled due to raging bushfires in the NSW south coast region, and our Open Men’s and Super Vets Boat Crews were forced to shore at Bergamui.

President Pete says “Having rowed in the first two George Bass Marathons over 40 years ago, I well know the hard work and training that is required to survive this seven-day, 190km row. To have the race cancelled after only two days must have been a bitter disappointment to our members.”

Despite the forced cancellation of the George Bass Surfboat Marathon, members of our two boat crews who were participating in the marathon event, instead joined the emergency services to help evacuate local Bermagui residents who were in danger from bushfires and helped bring them to safety. “Our teams were a credit not only to themselves but to Long Reef SLSC and to their fellow club members”, praises Peter.

We would also like to thank our generous sponsors and in particular, the Free Range Butcher, Mountain Fresh Juices, Kellogg’s, Lajoie Skin, and ANZ Bank, who made donations to facilitate the Longy teams to compete in the Bass Marathon. Food donated to the Longy boat teams was immediately made available to assist the South Coast Community.