Sam and Nina nominated 2018 NSW Volunteers of the Year 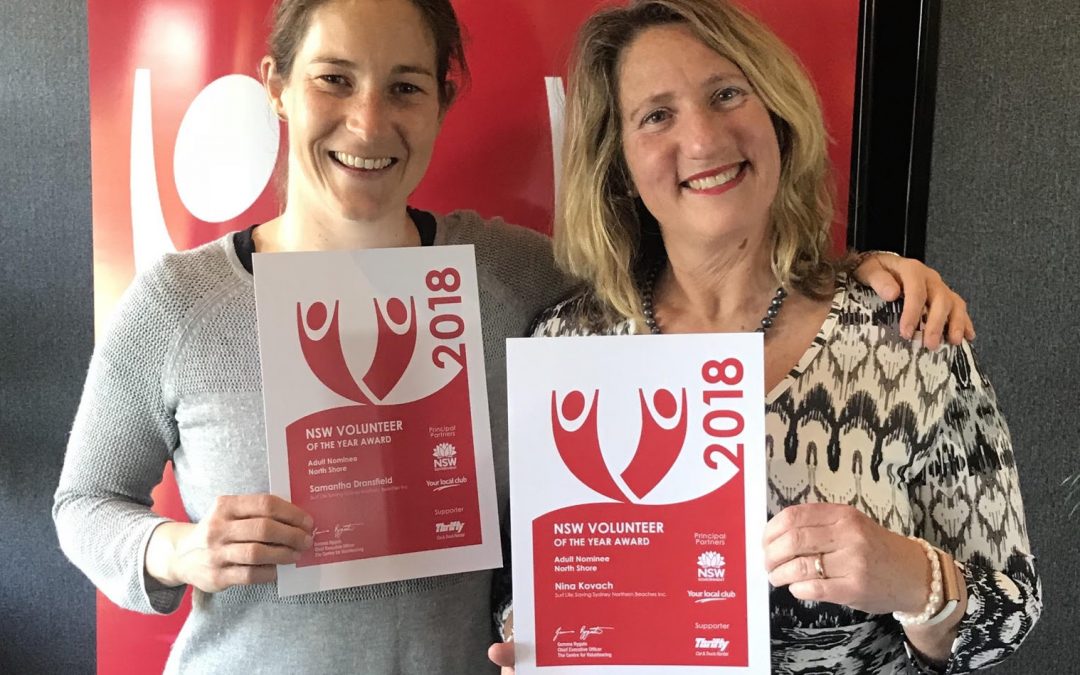 Our very own Sam Dransfield and Nina Kovach were recently nominated 2018 NSW Volunteers of the Year by Surf Lifesaving Northern Beaches. How good is that?! Here’s a bit more information on these truely inspiring individuals. Why not have a chat to them next time you’re down at the beach?

When did you join and why?
“I joined in 2008 because I was at Uni and looking for something I could do to meet people and help the community. My dad took me to nippers when I was a kid and I’d done my SRC so I was keen to come back and do my Bronze.”

You started your SLS career in Coogee, why the move to Long Reef specifically?
“I joined Coogee as I was living in Kingsford near Uni. When I moved to the northern beaches, I commuted back to Coogee for one season, but quickly learned the travel was unfulfilling. I wanted to join a club that had more challenging surf conditions, as Coogee is mainly a shore break beach. I was living in Collaroy and looked up a few local clubs and found Long Reef had a big focus on Lifesaving and Education and had recently won some awards in those areas. That resonated with what I wanted to do in surf lifesaving, so I joined and the rest is history!”

You are Patrol Captain, IRB driver and involved in Education. What do you love most other than spending time with your dad and us, the best patrol??
“My very favourite thing, and what keeps me coming back, is seeing when something I’ve done has made a positive impact for someone else. Whether that be helping a kid with a bluebottle sting or a cut, reassuring a new Bronzie before their run swim run, watching a new group of SRC’s or Bronzies that I’ve assessed get their award, or just hearing my patrol team say that they’re going to come back again next season, it’s the positive feedback from others that makes me know it’s all worth the effort.”

Why do you think you were nominated?
“I’m not sure who nominated me, but in SLS SNB I’ve participated in training since I came over and earned my stripes as an assessor here. I’ve at times been an active contributor to the Branch Board of Education and Assessment Committee and done my bit as Chief Training Officer at Long Reef for 3 years. I think someone’s just seen me doing my bit and wanted to say thanks, and I really appreciate that.”

“We moved as a family to Long Reef from Mona Vale after a couple of seasons. I’ve been on patrol with Sam since 2012. We were patrol 10 then, now we’re patrol 9. We won patrol of the season in 2013 from memory.
We not only share a love of patrolling, but also education for SLS.

There’s such a huge buzz on the day of assessments, though it’s also extremely nerve wracking (as a trainer I’m always on the verge of throwing up with nerves on the day). I just want all the candidates to do well, as I know how much effort goes into the training!

We’re both very grateful to be nominated by Surf Lifesaving Northern Beaches and humbly honoured to be recognised with an Award. Here is a pic of Sam and I on the beach!” 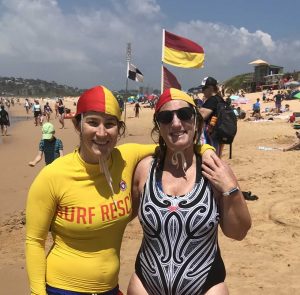