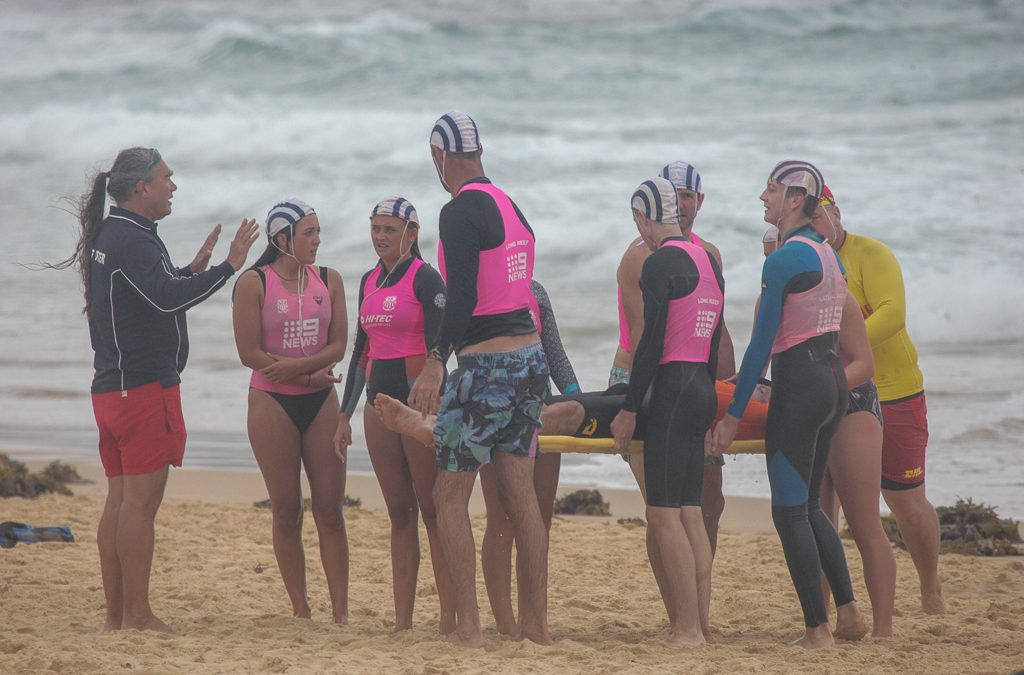 Have you ever wondered who that guy with the (very) long hair is? A international movie star maybe? The lead guitarrist of a famous rock band? The organiser of the Burning Man festival in Nevada/USA?

He’s the latest member of the Longy Management Committee to be profiled in this series, which our readers seem to be enjoying, so stay tuned for more in coming weeks. This is what Justin had to say in his own words … a great story!

My first interesting connection to Long Reef is at the age of 11, in 1969, I moved to Australia from England with my parents, 4 brothers and one sister and lived in Seaview Parade Collaroy right on the beach at Fisherman’s. The second not so interesting Point is I couldn’t swim. We spent many a long summer day exploring the reef and collecting golf balls.

After our first summer we moved to Adelaide where a very kind swim teacher taught me how to swim and just 2 weeks after I learnt how to swim was chosen for Harry Gallagher’s (the 1956 Olympic Swim coach) swim squad. In 1971 we moved back to the Upper North Shore and I joined Forbes Carlyle’s (the 1972 Olympic swim coach) swim squad and trained in the senior squad with and including Shane Gould (who nobody probably knows but was a multi Gold Medal winner in the 1972 Olympics). That’s where my swimming career ended, it was the early 70’s and drugs, sex and rock’n roll were more fashionable than swimming.

Fast forward 16 years and I was married with 3 beautiful children 1 boy and twin girls. Unfortunately my marriage didn’t last so my ex-wife and I decided to go our separate ways and I raised my son and my ex-wife raised my daughter’s with her new husband in the country. Nick my son now (31) lives in London and has done so for 5 years and my daughters after various times of living with Raquel, my now partner and I live and work in Sydney. I’m working on them becoming Bronzies and interestingly both of them are good friends with Tash from BeachLife Physio a Long Reef sponsor.

How I came to be involved at Longy is through Bernard who you all know. I came down to the club randomly to help clean up before the season and thought this could be fun so became a Bronzie and did every possible course I could do in that first season. I already held the CertIV training certificate so fell into training and the second season became the Director of Education (then later called Chief Training Officer, CTO) obviously I didn’t have a clue about what to do so set about learning everything I needed to know, I have to say I was very fortunate to have a lot of help from all the generous trainers as I don’t think we would of made it through that first season without them and having said that we wouldn’t of got through any of the last 3 seasons without them they are truly remarkable and they inspire me every Training session and course we deliver, Long Reef Education is all about the best of what Longy offers and a credit to all the volunteer trainers.The time they give and the behind the scenes tasks can’t be given enough credit.

One other really boring fact about me is in 40 years I haven’t moved from the North Shore and have lived in Kurraba Point for 23 of these years, I guess I don’t like change. And to finish off Raquel my now partner and I have been together for this same 23 years, she’s Mexican and we spend most of our free time in Mexico or London and in mid March we’re headed off to Mexico to celebrate our 50th and 60th Birthdays’ with some friends and loads of family. As for the long hair I’m still trapped in the early 70’s plus if I cut it now I wouldn’t live to see it this long again;-)

I could go on that I resist change so much that I’ve been a Graphic Designer for 43 years and have had the same doctor for 40 years, god forbid if he retires!

I’ll leave it here for now but if you’re interested in getting your SRC or Bronze Medallion please contact me at chief.instructor@longreef.com.”

(photo above: Justin training the latest group of Bronze Medallion candidates during the weekend) 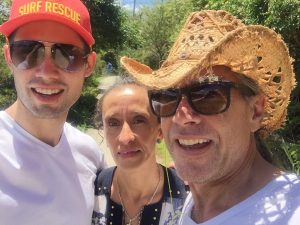 (photo above: Justin, his partner Raquel and son Nick)