Fargo the Argo and Longy star in new TV ad 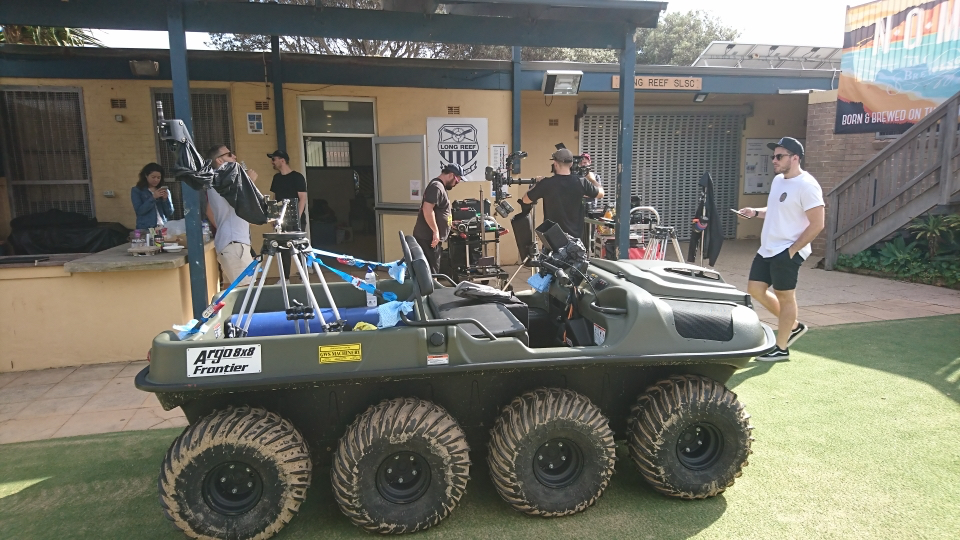 Fargo the ARGO had a playmate down to enjoy an early morning spin at Long Reef on Friday just past!

Long Reef Beach was selected as an ideal location for the filming of an upcoming advertisement with Fargo and our own Zac Walker being part of the actual advertisement!!

This is Fargo’s & Zac’s first official film star role along with one of Darryl Walker’s classic malibu surfboards, as well as the source of a handy contribution to the Club’s operating budget!

The second ARGO was set up for the film crew as they were chasing Fargo & crew to shoot close ups as they cruized down the beach. Many thanks to Gary from ARGO and Ken from GWS Machinery, the NSW ARGO agent, who lent us Fargo’s baby brother for the shoot!

That’s about all we can share at the moment, but we’re sure you will all see the advert when it is released and enjoy knowing that Longy SLSC played a part in its production!

PS: The production company loved the ARGOs and the set up at Longy, so you never know, they might call us again!