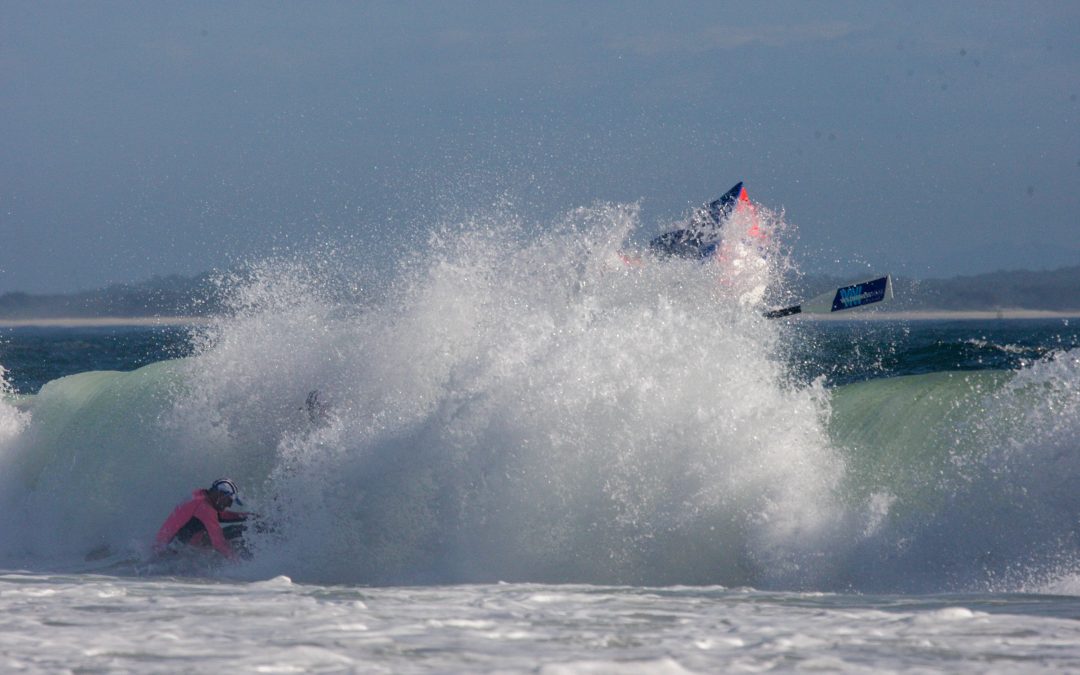 “The Long Lords (U23’s) and Apples (Open men’s) went into battle at Pacific Palms over the weekend!

The Carnival is the last big tribal meeting of surf boat rowers before the NSW State Championships in 2 weeks’ time!

The weather gods appeared as though they would be kind, but Saturday’s racing certainly threw up some interesting challenges as the nor Easter cranked up to full blast at I’m guessing 25 knots plus straight onshore with whitecaps everywhere. Throw in a nice low tide, steep drop off and a solid swell and all the skills needed to be on display along with a healthy sprinkle of luck!

6 races a piece over the 2 days saw the Lords miss the final cut even through they had the pleasure of beating Bulli in one of their races. The Apples on the other hand chose to spend Saturdays program finding many unique ways to not have a clean run out to sea (and yes Pearso may have been shot vertically with a sweep oar under his ribs prior to having a little unscheduled cool off and then re-joining his crew for the trip to sea!).

Sunday seemed more to the Apples’ liking, however it was a case of all coming a little too late and after leading their last race from start to within 20m of the finish only to have another crew sneak past them as they ran down the face of a wave they had jagged from well behind all the crews in the race.

As they say that’s boat racing and they just missed the final – on a positive note hopefully our share of luck is waiting for us at States or Aussies!!” 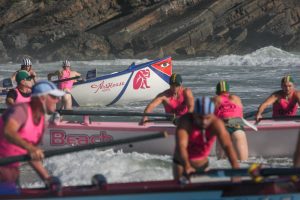