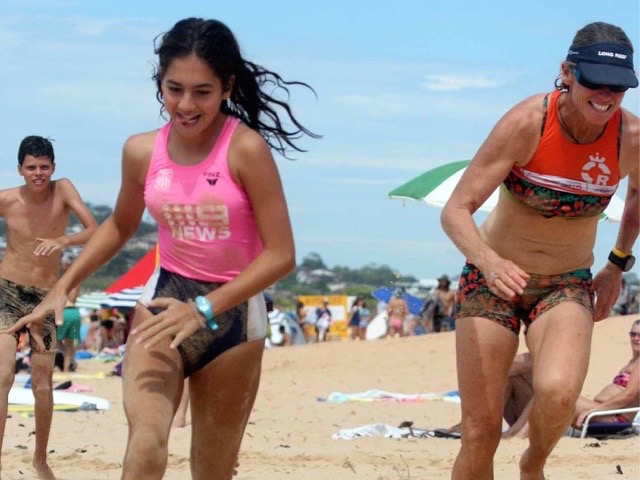 Three down, nine to go! Here’s another member of your Longy Management Committee. This time it’s Margaret Pearson, who is a highly decorated beach runner and passionate advocate for surf life saving competition.

“I did my Bronze Medallion in 1993 after being convinced by my now husband Rob that three female rowers were desperate to make up Long Reef’s first all female surf boat crews. The other three disappeared within 12 months, but I stayed.

Originally from the bush, surf swimming was a new and terrifying experience. Hence my preference for entering the water with a surf craft eg. board, ski, surfboat. Some people would correctly refer to these as my flotation devices.”

(photo: that’s Margaret on the right sharing her passion for beach competition with a younger Longy member)