Longy in the 60s – The 1964 Australian Championships 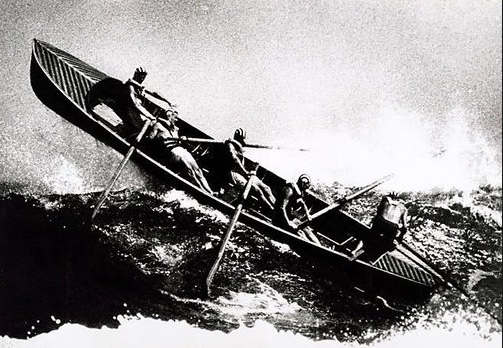 Following our recent article on Alan Chinner recounted by our treasurer Mal MacCormick, here’s another blast from the past brought to us by Tony Frost, one of our Long Serving members, who witnessed the eventful visit of the Bundaberg SLSC during the 1964 Australian Championships. Enjoy!

“Leading up to the the Australian Championships being held over the weekend of Saturday 28 and Sunday 29 March, 1964, Long Reef Club had received two requests, one from Collaroy to provide patrols throughout the duration of the carnival, and one from Bundaberg SLSC, based in Queensland, for accommodation of their team members at our Clubhouse.

Long Reef had retained a strong affiliation with the neighbouring Collaroy SLSC, through our founding member, Rob Urquhart, being a former Collaroy member, and our R. & R. Coach when we formed at Long Reef in 1961, being Dick Twight, their Club President and former captain of the Australian Surf team that toured South Africa in 1954.

Being Club Secretary, patrol captain and member of our R. & R. Team, my patrol involvement covered both days, and I lost count of the number of belt swims that I did, retrieving boats and rowers in the horrendous conditions.

The only negative for the Championships as Saturday 28 March approached was the surf. On the eve of the titles Collaroy was living up to its reputation as a lake. Officials and competitors alike were disappointed that the surf was not going to offer a challenge. While they prayed for an improvement in the surf conditions, events were transpiring many thousands of miles away which would answer such prayers. Somewhere in the South Pacific an underground volcano erupted sending shock waves across the ocean. Collaroy members had gone to bed late on Friday night forlorn about the conditions . At 4am the following morning, however, when Collaroy members arrived to place the swim buoys for swim, boat and craft events, the were startled the beach being buffeted by a huge surf, forcing them to launch the boat from Fishermen’s Beach at the Basin.

The winner of the Open belt race final recalls the day. To qualify for the final, one had to win their state championship in this event. Representing Queensland was Peter Rigby from Maroochydore SLSC. He recalls, sitting on the beach and studying conditions, wave size, distance apart, etc. “I dived under every wave, went to the bottom, grabbed the sand and counted seven seconds.” Try that yourself, it will be the longest seven seconds that you have ever counted, and to have enough oxygen to swim hard when surfacing. Peter and I have been close friends since we met as work colleagues in 2004. Such is the surf life saving connection.

The visit by Bundaberg SLSC to Long Reef was an eye opener. Such a well organised team to travel to the national titles. Flying to Sydney airport on a chartered flight, we members of Long Reef drove our vehicles to greet and transport them back to our clubhouse. Popular amongst young  members was the VW beetle, in there were 17 in total. Arriving back at Longy, we drivers were put to the “Bundaberg Rum test” : a swig of 99 % over proof rum, and then try and whistle. Needless to say, no one passed the test.

A successful Australian Championships for Bundaberg, winning both the March Past and Junior boat race. The standard bearer of their March Past team, the late Graham McKenzie (SLSA life member, SLSA Hall of Fame), recalled the trip to Long Reef SLSC, when we officiated together as R. & R. Judges at the Aussies: The driver who picked me up at the Airport said “mate, I don’t know the way back to Longy, could you drive please?”: Long Ruffian, Hughie Statham.

Graham remembers clearly going to a house on a sprawling parcel of land on the  Narrabeen Lake foreshore for a BBQ and a game of cricket. Yes, that was at Bruce Tart’s residence, whose son Ian was a member of Long Reef, and one of the VW beetle owners.”

If anyone else has a memory or heard a good story of the past regarding Long Reef SLSC and it’s early members, please share them with Margaret Pearson, by sending an e-mail to Margaret Pearson, Deputy President (deputy.president@longreef.com).