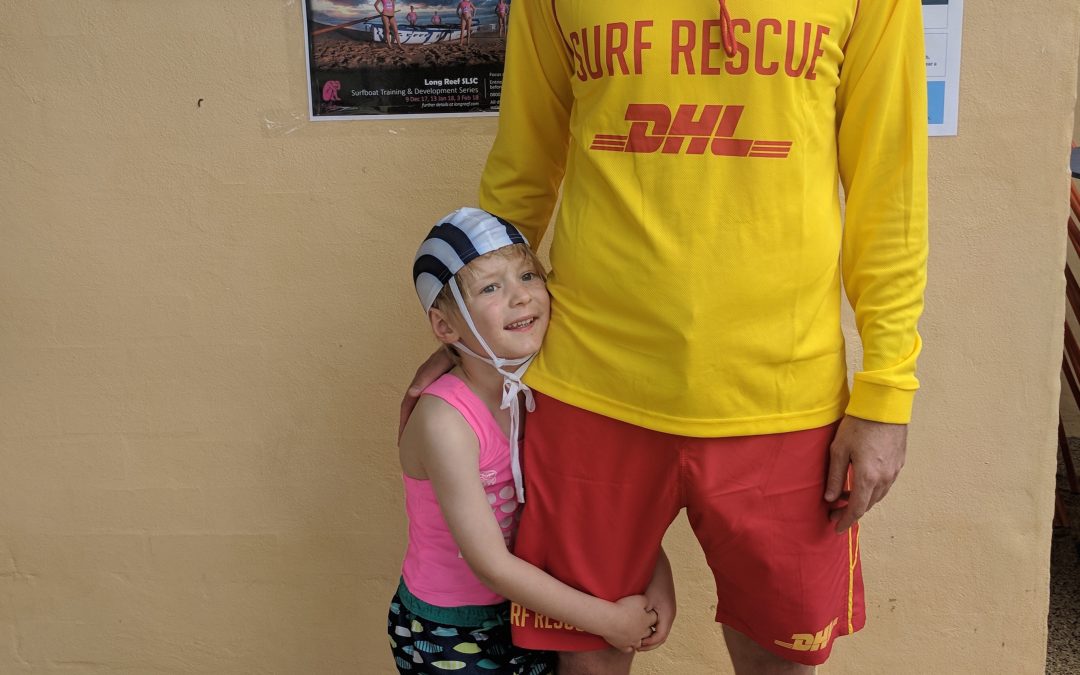 At this year’s new nippers registration day we were approached by Nico Deloux, a Frenchman married to his Australian wife Nicki. Nico was enrolling his son Alex in the Under 6’s. Nico asked if anyone might remember his wife’s dad, Alan Chinner, who had been a member in the early 60’s. Alan had unfortunately died 17 years before, so Nico had never met him. He was very keen to enrol young Alex, Alan’s grandson, at Long Reef SLSC in his granddads memory. Nico was so keen in fact that he was persuaded to do his Bronze Medallion too. Nico brought a Long Reef tankard handed to Alan for the Baron Trophy (Best Patrol Member 1964-65) which suggests that it may have been a form of peace prize for Mal’s fear that Alan had drowned in line of duty that “humungous’ day at Collaroy.

The call went out to the “older” members for memories. A special thank you to Tim Bagot and Giff Brown for the following facts and memories. Alan Chinner (born in 1944) joined Long Reef Surf Club and got his Bronze Medallion in the season of 1963/4 along with Mal MacCormick, the club’s current treasurer who wrote the original article on Alan. He went onto get his Bronze Instructors Certificate in 1964/5 by training our very own club president, Peter Kinsey, and vice president Ross Jenkins. Tim, who was the Club Captain at the time, and Giff remember Alan as “a reasonable swimmer”, intelligent and a big strong fellow

If anyone else has a memory or heard a good story of the past regarding Long Reef SLSC and it’s early members, please share them with Margaret Pearson, by sending an e-mail to Margaret Pearson, Deputy President (deputy.president@longreef.com).